Battery powered garden equipment is becoming more & more popular with each passing day, however there is still a battle of the sorts going on in terms of converting people to battery powered equipment! Today we have selected 5 benefits to discuss when it comes to ditching engines & moving on to battery powered, particularly in a domestic setting, although it is becoming a far more viable option for trade users & professionals now too. 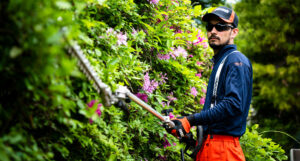 2. Another factor to be seriously considered is “Hand Arm Vibration” (HAV) caused by prolonged use of petrol powered garden equipment. There have been countless studies carried out over the years holding prolonged use of petrol powered garden equipment responsible for HAV. It has been established that HAV causes causes numbness and muscle weakness which can lead to serious conditions such as Vibration White Finger (VWF), Carpal Tunnel Syndrome and even gangrene! Battery powered garden tools simply do not result in the same issues, the levels of vibration are countless times lower than with conventional petrol machines. Putting the issue of health aside, this generally makes battery powered tools far more comfortable to use for prolonged periods also. 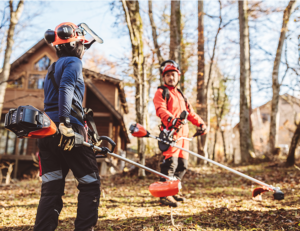 3. Then we move onto harmful emissions; there are a couple of ways of looking at this; even if your absolute last concern on this earth(which we will come back to in a moment) is the environment, surely you must have some concern for how petrol emissions directly affect you? Take the humble hedge trimmer for example, I have lost count of the number of times I have felt faint & lightheaded after using a petrol hedge trimmer. This is for one very simple reason, we breath in exhaust fumes including carbon monoxide, nitrous oxide, and hydrocarbons; the latter two leading to increased smog formation. Hydrocarbons also include known carcinogens. Without stating the obvious too much; you again do not have the same issue with battery power as there quite literally are zero direct emissions from battery powered garden tools.

You then need to consider the serious matter of the environmental impact of small petrol powered engines; According to a Swedish study published in 2001, operating a typical four-stroke, four horsepower lawn mower for an hour produced the equivalent emissions of polycyclic aromatic hydrocarbons (PAHs) as driving a car for 150 kilometers (93 miles). This just goes to show that the environmental impact of lawn mowers can really add up! This does not necessarily mean that we all need to stop cutting our lawns, it is however something that we should pay heed to, we need to consider being more responsible in how we maintain our gardens & battery power is a good place to start. 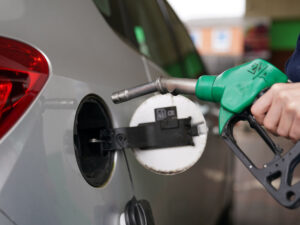 4. Battery power is definitely winning the battle when it comes to running costs. At the time of publishing, the average litre of petrol in Ireland is costing around €2.05; meaning that every time you fill up that 5L Jerry can it’s costing close to €11. Battery powered garden tools do not require you to store any fuel & a typical 4ah battery pack requires pennies worth of electricity to charge fully; I say this bearing in mind that a typical 19″ battery powered lawnmower with a 1000W motor is capable of running for up to 40 minutes on a fully charged 4ah battery! End users simply do not notice this energy usage on their energy bills as it is so minuscule.

5. Although battery powered garden tools do perhaps demand more respect from their user – such as storing batteries & chargers inside the house & refraining from using the tools in any damp or wet conditions, they generally require far less maintenance & certainly do not require the annual servicing that is associated with petrol powered tools. This is a huge relief when it comes to running costs, no fear of mixing fuel incorrectly, no replacing of spark plugs, oil etc.

Although battery powered isn’t quite perfect, it is becoming a more viable option for homeowners & even professionals now! Runtimes on battery tools such as hedge trimmers & lawnmowers are now outrageously good, for example; Echo’s 50V hedge trimmer runs for roughly 1 hour & 10 minutes on just one fully charged 2.5ah battery, unfortunately however their 50V leaf blower will run for roughly 8 minutes on the same fully charged battery. With all of this considered, battery power is becoming more & more popular with each passing day. You can check out our range of battery powered garden equipment here if you are considering making the change.

Call Now Email Us
Manage Cookie Consent
To provide the best experiences, we use technologies like cookies to store and/or access device information. Consenting to these technologies will allow us to process data such as browsing behavior or unique IDs on this site. Not consenting or withdrawing consent, may adversely affect certain features and functions.
Manage options Manage services Manage vendors Read more about these purposes
View preferences
{title} {title} {title}