What type of generator do I need?

Inverter? AVR? conventional/open set?…when searching for the right generator type, it’s easy to become overwhelmed by technical jargon. That being said, working out which is the best generator for you is easier than it looks. So, what type of generator do I need?

When all is said & done, the bottom line is, it all comes down to choosing the right voltage control & by what means the generators engine is powered, albeit to a lesser extent. 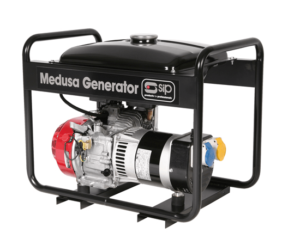 The conventional generator, also loosely known as a “site generator” has a condenser type voltage control which is suitable for most power tools and resistive loads such as a toaster, tripod lights and other equipment not requiring a great accuracy of power supply. These low-maintenance brushless generators are generally very sturdy, making them a great choice for tradies, farmers and builders wanting to power tools and equipment such as drills, saws pumps etc. However, because they don’t regulate the voltage, they aren’t suitable for equipment that will be sensitive to power surges, spikes or “brownouts” (partial blackouts). In other words, they’re not recommended for charging laptops, mobile phones or tablets or for powering any televisions or computers etc.

Also, no matter what load is connected, the conventional generator will run at one speed only, making them less fuel-efficient than other models…meaning if your conventional trade generator is rated at 5000 watts continuous, it will constantly be putting out 5000 watts no matter the draw. So even though they are far more affordable than inverter type generators, they can be highly inefficient when it comes to fuel usage.

It is also worth noting that, because these generators are constantly running at full capacity, combined with the fact these generators usually have absolutely no enclosures to dampen the sound that they produce – they are generally considered to be very loud & noisy.

It is sometimes possible to fit conventional generators with optional safety extras and can also come built for particular applications such as welding or mining jobs.

As the name suggests, automatic voltage regulation (AVR) generators regulate the voltage output. This makes sure the power supply is more consistent, without brownouts or spikes. As a result, AVR generators are best for use with more sensitive equipment and also to start electric motors. However, it is important to remember that even though they regulate the voltage, they don’t generate the purest of sine wave power that today’s high-tech equipment requires – for that you need an inverter generator (below) – this is of particular importance if you are considering plugging surge sensitive equipment directly into a generator & not via a domestic mainboard which can be fitted with surge protection.

AVR generators, on the other hand, put out a modified sine wave, and are able to run most appliances. They are typically medium to large sized generators and are popular for home or business back up purposes, coming in both portable and stationary formats. AVR can also be custom fitted to many conventional trade generators if you require the versatility of running both heavy equipment as well as more sensitive appliances. Auto-start generators which are popular for home solar back up and automatic mains back up are also fitted with AVR alternators. 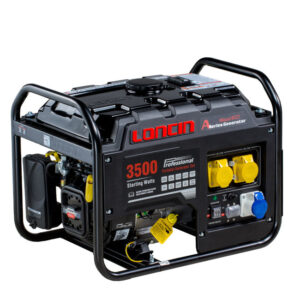 AVR generators are generally far more affordable than inverter generators & are available with much higher output capacities. They can be a great option when you’re working with a budget, however it really is important to remember that although AVR generators produce very clean & reliable power, they simply do not provide power that is as clean as Inverter generator power so there are instances where you simply need to spend that extra money.

As a rule of thumb, the more advanced the technology, the higher the chance that it requires a pure sine wave. And that’s where the inverter generator comes in to play. 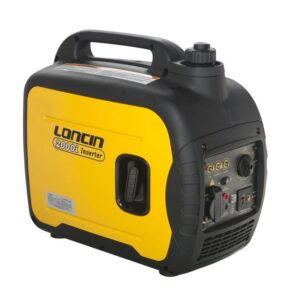 The inverter control system maintains a consistently high accuracy level of voltage and frequency fluctuations with very low wave distortion. The result is power that is as smooth as what you get from mains power, in fact it can often be even smoother. Not only do inverter generators deliver the cleanest of power, their other huge advantage is that they automatically adjust their engine speed in direct proportion to the load applied so you get incredible fuel efficiency – virtually no fuel goes to waste!

Inverters deliver such reliable & clean power that you can charge a smart phone directly from the generator with absolute minimal risk of causing any damage, again perhaps even less risk than with mains power.

Inverters are a great option for emergency domestic power as they are very portable, quiet & easy to start, even when they only feature a manual pull starter!

Typically, you’ll find inverter generators are best for small domestic appliances and recreational use, such as camping, fishing/boating, caravanning and 4WD-touring. We also find these types of generators to be especially popular for mobile business such as; coffee carts, food vans/trucks and market stalls, which in part can be attributed to the fact that they are usually extremely quiet when running.

Conclusion: If you are working with a budget, need emergency power & need it fast; a petrol powered generator is very likely the best investment for you. If you are running delicate electrics where you need to generate the absolute cleanest power available via a generator; again, petrol powered likely wins – given the wide availability of petrol inverter generators. If you are looking for a very large capacity generator that is going to be used frequently; it may be worth your while investing in a diesel powered generator, in spite of their high price tag!

You can click here to see what generators we have in stock.

DISCLAIMER* Please note, this advice is general in nature and we strongly recommend referring to your appliances manufacturers recommendations prior to powering with a generator. It is also our recommendation that you speak to a professional installer prior to installation for home/business backup power.

Call Now Email Us
Manage Cookie Consent
To provide the best experiences, we use technologies like cookies to store and/or access device information. Consenting to these technologies will allow us to process data such as browsing behavior or unique IDs on this site. Not consenting or withdrawing consent, may adversely affect certain features and functions.
Manage options Manage services Manage vendors Read more about these purposes
View preferences
{title} {title} {title}